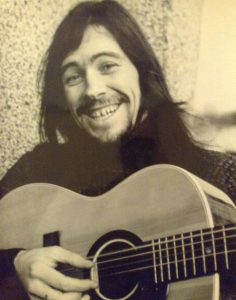 Harry was born in post-war Leith and grew up in Causewayside and Gracemount. Having been born in the same street as Dick Gaughan, the folk singer, and influenced by friends, Harry became an established part of the Scottish folk scene in the early 70s. He was a member of the Garvies, Town Choice and, after a spell as a solo artist, the Kinsmen. Of course, folk singing has a strong connection with pubs and Harry was known for his live performances in many Edinburgh watering-holes, including the Waverley Bar and Milne’s Bar. The connection with Milne’s became more serious however. He started there as the folk singer and later became the manager of the ‘Poet’s’ pub.

It was in 1987 that Harry left Milne’s to begin his long association with the legendary Oxford Bar, then owned by John Gates. Harry became a popular member of the Oxford community and it was a case of natural succession when he took over the ownership of the license in 2005. He is still passionate about preserving the traditions of the Oxford Bar and serving some of the best beer in Edinburgh.

During his career as both a folk singer and barman he has rubbed shoulders with some famous and perhaps infamous musicians, poets and writers. Those links continue today and the Oxford Bar is often frequented by well-established members of Scottish and wider British culture. 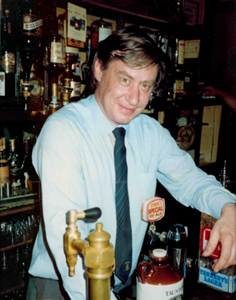 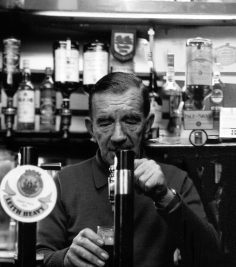 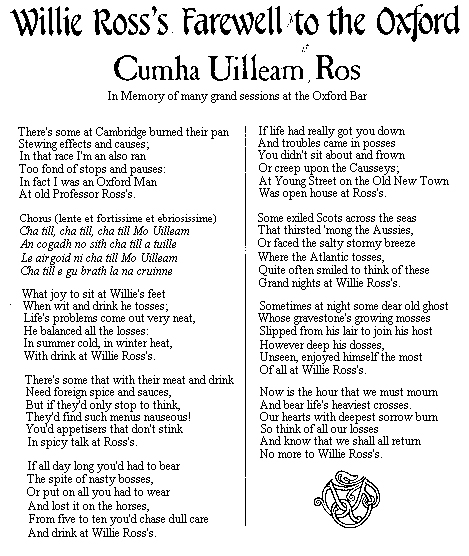